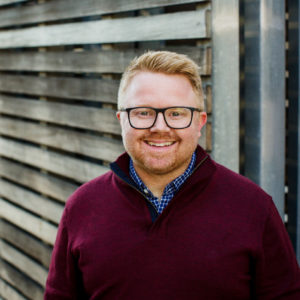 Brad Wayland is an entrepreneur who began working in the online space in 2003. He has a wide range of experience operating and marketing online businesses. Brad became friends with Mark the founder of Quiet Light Brokerage in 2015 and it led to him becoming an advisor.

Starting in 2003, Brad helped build an online business in the custom t-shirt industry into a multi million dollar enterprise with 120 full time employees. In 2007 Brad began having success marketing more than just t-shirts and started building other ecommerce businesses from the ground up. By 2010 he started focussing more on investing in existing properties and less in starting from scratch. Over the last 10 years Brad has built, bought, or sold over 30 web properties.

The biggest mistake I see people make is failing to consider the entire transaction.

When a sale becomes a statement of “this is the exact number I need” but does not consider the time it will take to talk with potential buyers, negotiate terms, get through due diligence etc it can end up making the process more painful than it has to be. By considering the whole transaction the entire process can be smooth and easy for all. Price is important but so is the peace of mind of selling quickly and efficiently.

It sort of came about by accident.

I started as an accountant but quickly realized it was not the direction for me. I had a financial planning degree and had a nice offer to start doing financial planning full time. A couple of friends of mine had mentioned to me they might want to consider bringing me on at their custom t-shirt company. I liked the idea of working with people on a team so I took them up on their offer and worked doing sales and business development for about 6 months.

Meanwhile they had launched a website and it started to get some orders. I started entering orders from the site in the mornings and became very interested in how people were finding the site. 2 months later I was at my first SEO convention and was hooked.

I spent years fumbling around the SEO until 2007 when I finally helped create something that could rank and rank well. We received links from Gizmodo and Adobe within 60 days of launching our new “create your own” and grew our sales into a multimillion dollar business.

Those years of “fumbling” around the SEO and other marketing were some of the most beneficial to my career because I was very hungry and got a lot of real world experience. My experiences led me to building, buying, and selling over 30 properties over a 10 year period.

Yes, from the time I was little. At summer camp one year I noticed that everyone was hungry at night when we went back to the cabin. I went to the concession stand the next day and spent the $20 my parents gave me for the week on candy bars. I came back to the room and upped the price by 2x and sold out that night. The next day the camp director found me and told me I could not sell anymore. I sold gum out of my locker in middle school until that got shut down. In high school I sold natural health pills to my parents friends and folks at church. I was always searching for a way to make a buck and wanting to know the financial details of everything even from a very young age.

What is the greatest benefit of helping people sell their online businesses?

Selling an online business is an emotional rollercoaster. People put in so much time and energy and they want to get paid fairly for what they have put in. Being able to help people manage the process and feel good about what they are doing is the most rewarding part.

Timing. In my view almost everything comes down to timing. I could tell you today that oil will not be $40 a barrel in the future. The problem is if I put my money in oil today will it rise on world wide tensions etc tomorrow or will it deflate more because of all the electric cars etc. One day we all wake up and gas is $5.00 a gallon and people say “I should have bought oil at $40 a barrel because I knew it would return to $140”. The timing of everything is the hardest part. In the t-shirt industry we were fairly early in the “create your own” process. But the company that got there earlier than us was 20x our size.

Be quick to listen and slow to speak.

“I worked with Brad in late 2018 to sell a website and it was a great experience. Within just 4 days of the listing going live, I received two solid offers. Both offers were higher than I expected, so I was thrilled with the results. Brad is very knowledgeable, has great experience, and most importantly, he’s honest and trustworthy. I’ve already recommended him to a few friends and I would use his services again if I was looking to sell another site.”

I have sold 2 companies with Brad Wayland and Quietlight. One above asking and one at asking price.  1 sold in 2 hours the other didn’t even have to get listed to sell. Brad has a great list of buyers, a good nose for finding the right one, and getting them a sense of urgency to close.
Before Brad, I sold another company with a more expensive broker and it was a horrible two-year experience that probably cost me several million dollars in time and potential. I’ve recommended Brad to my Sister and a good friend. Both sold their companies and had great experiences.  Both sold their company for asking price in one day of listing.

This was the third online business I founded by myself, and then decided to sell after growing into a profitable machine. Before Brad, I had engaged with several brokers and found the whole landscape quite intimidating. Since I was a busy business owner, Brad assured me he would make the sales process as simple as possible for me. Brad knows the sales process better than any broker I’ve ever encountered. He brought me a hot lead and I had a signed agreement with a buyer in 48 hours. Brad provided me guidance through the entire process, and was always available to hop on the phone to answer my concerns at each step. Thanks Brad!